As a member of ASHRAE (American Society of Heating, Refrigeration and Air Conditioning Engineers) Nenad B. Miloradovic had presentations within the Danube Chapter in Timisoara, Romania, from 2016 to 2018. All of these presentations were directly or indirectly related to Neolepenism. The outline from the first presentation was published in the REHVA Journal in October 2016. That year was the first international presentation of this topic. Because of that, the author of Neolepenism is very grateful to Professors Branislav and Marija Todorovic from KGH Society, Mr. Ioan Silviu Dobosi of the ASHRAE Danube Chapter and Mr. Jaap Hogeling, the editor of the REHVA Journal, who were also attended the presentation. More information about ASHRAE Danube Chapter are available at:

I became interested in Lepenski Vir when I was read the book “Solar Architecture” by Serbian architect Mirjana Lukić, where in one sentence she mentioned Lepenski Vir in the wrong context. It caught my eye, I studied some books from Srejović where the plans of the settlement were, and decided to go to professor Srejović, who was then the vice-president of Serbian Academy of Science and Art, to suggest that since I had found analogies with modern solar houses.

At the very beginning, I reached out to Srejović’s secretary and briefly explained what I noticed. She first thought, since I mentioned heating, that it was concern to the museum building that was built on Lepenski Vir after. When we cleared up, she told me to wait for professor Srejović who was supposed to come.

Academician Srejović, who was the person deserving most merit for discovery the site Lepenski Vir, introduced me to his office and, when he listened to me, said: “Many knowledge has been lost forever.” He inquired about Serbian solar engineer Branko Lalović, and he was the most interested in how those houses looked at the time. He said, “These are all just assumptions.” He even offered me to write an article together on this topic that I was talking about. I took this seriously and by March 1996 I wrote the preliminary communication “The importance of measuring solar radiation at archeological localities” and again went to professor Srejović.

This time he told me that he was in a big crowd and had no time, but he still received a copy of my preliminary communication printed for him. He got sick afterwards. Academician Srejović died the same year, November 29, 1996. Before he died, he signed me the statement that he had read my preliminary communication and called on organizations involved in solar energy research to support my work in order to better explain his findings at Lepenski Vir. That was probably the last recommendation signed by Academician Srejović.

(The paper is outline from presentation at the Danube ASHRAE Chapter Meeting in Timisoara, Romania, 15th April 2016)

The prehistoric settlement of Lepenski Vir, which was discovered during the 1960s in Djerdap Gorge on the Serbian side of the Danube River, is well-known for its unusual architecture and preserved house floors. If we analyze this architecture in view of the set of natural (meteorological, geographical, astronomical and vegetal) environmental properties and consider energy consumption for heating and air-conditioning needs for such dwellings, i.e. achieving thermal comfort in those houses, we can conclude that the builders paid particular attention to energy efficiency in building stock while designing those houses. Remains of the architecture of the prehistoric settlement of Lepenski Vir, where operations for energy efficiency improvements are visible and recognizable, are the remains of an energy effective architecture. Their houses were energy efficient considering their age, technology and given location, contributing to the long life of the settlement.

We may speak about the primal passive solar and bioclimatic architecture. The shape of houses is very compact and contributes to saving of heating or cooling energy. The remains of the architecture of Lepenski Vir are silent witnesses of measures applied to improve energy efficiency. The houses in Lepenski Vir and Padina-Gospodjin Vir are examples of energy efficient construction of the time, location and given the condition of technology and applied materials. The architecture of Lepenski Vir did not emerge haphazardly, as similar house remains were also found at the Padina-Gospodjin Vir site.

Neolepenism can be a new kind of energy efficient architecture that can respond the challenges of sustainable development. The name Neolepenism is very appropriate because the prefix neo denotes something new, while Lepenism refers to the architecture of the prehistoric settlement and culture of Lepenski Vir. The Lepenski Vir is located on the right bank of the Danube in the Djerdap Gorge (Republic of Serbia). The architecture of this prehistoric settlement has served as an inspiration and role model for a new, copyrighted form of building that is based on the principles of energy efficiency.

The term Neolepenism for this form of architecture was proposed by Serbian actor and former student of the Faculty of Mechanical Engineering in Belgrade, Predrag Kolarević, when he saw animations of a building with the this form. This term is not in any way related to the terms “Lepenism” and “Lepenization” encountered on the Internet, which are related to the politics of French politician Jean-Marie Le Pen.

KGH Society of Serbia, at SMEITS, from December 4-6, 2019 was organized the Jubilee, 50th International Congress and Exhibition of KGH (HVAC &R). On this occasion, the SMEITS Board of Directors decided to award a one-off “Recognition for Outstanding Contribution to th Development of the HVAC&R Profession and Long-Term Support to the KGH Congress 1970-2019”. The acknowledgment was personally delivered from professor PhD Branislav Todorović, the President of KGH Society of Serbia at the opening ceremony of the 50th Congress on December 4, 2019 at 10.00 in Room 1 of the Sava Center in Belgrade. 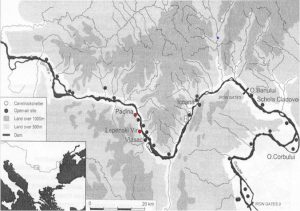